May’s newsletter is 2 days late.  But don’t hold that against me.  This is important breaking news about the marriage of Facebook and Bing. The movie Places in the Heart, set in Waxahachie, Texas in 1935, was a dustbowl heartstring-puller. I won’t recap the entire plot, but basically a recently widowed Edna Spalding played by Sally Field tries to save a farm from evil bankers, a tornado, and the Ku Klux Klan. Oh, and this was during the Great Depression, so it was a rough go for ol’ Edna.

Sally Field won an Oscar for the role and carved out an unforgettable moment during her acceptance speech when she supposedly said, ‘You like me! You really like me!’ That quote was widely regarded as something a gushing teenage girl would say ‘ not a professional actress ‘ but it secured a place in American culture.

And sadly, unbeknownst to me, it secured itself in my brain. I have not really had Ms. Field’s speech on my mind until Facebook launched its ‘Like’ feature in 2010. (April 21, 2010 for trivia lovers.) Since then, every time I either see that graphic or decide to ‘Like’ something myself on Facebook, I have the curse of hearing Sally Field in my head shrieking, ‘You like me! You really like me!’ Now, if what the gypsy woman at the carnival told me is true, I have now passed this curse on to you.

Now (finally) the main purpose of this column!

Social Media and Search Engine Optimization are officially becoming more connected. Last month, I wrote about Market Hardware’s fact-supported belief that social media activity (‘Likes’ on Facebook, ‘Tweet’ mentions of a business, etc.) is being tracked by major search engines and used as a basis for where a web page ranks on search engine result pages.

Two weeks ago we got confirmation that it was true. On May 16, Bing and Facebook announced a new partnership with the goal of prioritizing search results based on Facebook ‘Likes.’ So that now commonplace ‘Like’ graphic may appear on a Bing search results page or be the reason a particular site gets the #1 slot.

For instance, let’s say someone is searching on Bing for a local plumber and four people in their Facebook network have liked a particular plumber. Bing will weigh those ‘Likes’ as part of their algorithm and give that business’ web page a boost on the search results page while also calling attention to it graphically by posting the number of ‘Likes’ that business has. Microsoft, Bing’s owner, has confirmed that the famous Facebook ‘Like’ button will appear on search results pages. The show stopper for me in all this is that Bing and Facebook are also starting to factor in recommendations made by complete strangers. With 600 million Facebook users worldwide, the weight of those ‘Likes’ is potentially huge.

The reality is that Bing is still the third-place search engine and that the number of local service businesses with a Facebook presence is still small. So this is not an overnight game changer in terms of the revenue you generate from Web-based leads, or revenue that you may lose to a competitor who has a Facebook presence and many ‘Likes.’ At least not yet.

This is a good time to recognize that a social media presence should be part of any competitive web marketing strategy.  Last year we advised a slower approach for diving into social media.  We believed then (and still believe now) that Google is the most powerful tool for generating new leads and landing new clients.  But we are confident Facebook, Twitter and YouTube will help your word-of-mouth marketing and customer retention rates.  Since it’s always easier to keep a current client than sell a new one, we recommend you get on the Social Media bandwagon.  Give us a call at 888-381-6925.  Or email us at: [email protected]
. We can help you get started with it today. Already have a facebook page? Click here and “Like” us — we’ll “like” you back!

‘I haven’t had an orthodox career, and I’ve wanted more than anything to have your respect. The first time I didn’t feel it, but this time I feel it, and I can’t deny the fact that you like me, right now, you like me!’

I am giving you good trivia here, because note that in Sally Field’s actual statement, she never says, ‘You really like me!’ That part is a myth. Thank me when you use that info at your next party. 4 SEO Tips Contractors Can Use For Online Lead Generation How Your Small Business Can Use SEO to Grow 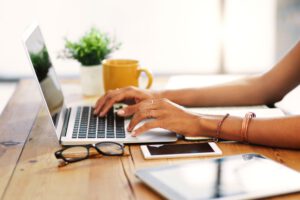 Connect with an
industry expert today

We’d love to learn more about where your business is headed. We’re also happy to explain how our expertise can deliver the results you’re looking for.  Let us know if you’d like to chat with one of our digital marketing experts.